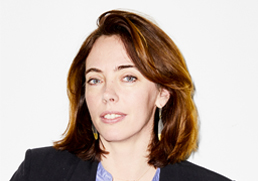 Sandra Phlippen is an economist and sociologist and is Chief Economist of Group Economics of ABN AMRO since 1 December 2019. Before becoming Chief Economist she was head of Group Economics Netherlands of ABN AMRO between 1 June 2018 and 1 December 2019. Sandra is also affiliated with the Erasmus School of Economics as an assistant professor. From September 2016 to March 2018 she was the economics editor at Algemeen Dagblad. Previously, she was editor-in-chief of ESB, the bi-weekly journal of economics and statististics. Sandra also was board member of the Genootschap van Hoofdredacteuren, guest columnist for de Volkskrant, columnist for Z24.nl and board member of the Dutch Royal Economic Society. Sandra is active in the social domain and regular guest in programs such as Buitenhof, Jinek, RTL Late Night and Pauw. Sandra Phlippen graduated from Erasmus University Rotterdam and received her PhD in 2008.